I put both my boys on skis at a very young age. Xander was about to turn 3 years old the first time he skied and Bradyn was only 2 and half. We have always gone skiing once or twice a year. But this year I decided to dedicate the whole winter to skiing. It’s an expensive hobby, but we were able to go more often by renting our skis for the full season. 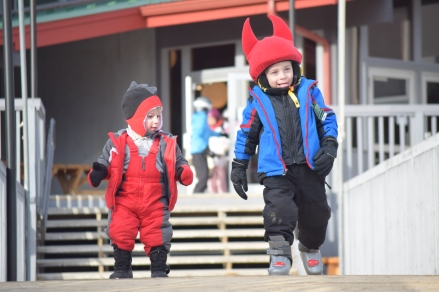 Now, my husband doesn’t ski. In fact, when I dragged him skiing on our honeymoon in Colorado, he skied off the trail and was taken down in the ski patrol car. He was fine, but has not tried to ski since. However, he’s such a good father and since he enjoys anything that makes our boys happy, he still joined us for most of our ski adventures. He hung out at the bottom of the mountain taking these amazing photos! 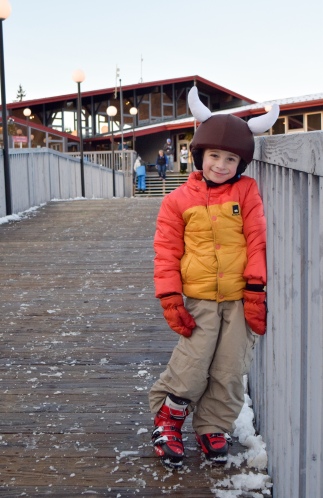 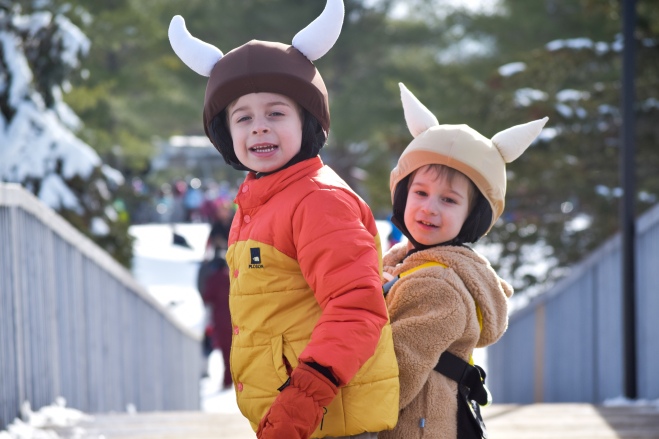 I managed to get everyone up super early every “Ski Saturday”. I would load up the car and drive about 2 hours to our favorite ski area- Mohawk Mountain in Cornwall Connecticut. This year we tried several other resorts, including Mt. Peter, Thunder Ridge, Stratton, and Hunter. But mostly we travelled to Mohawk.

Xander has always been a natural skier, he has no fear, which works in his favor. By our 4th trip skiing, he was already flying down the mountain like a pro. For the first half of the season, it was just Xander and I up on the mountain. I felt a special mother/son bond being up there with him. I soaked in the sight of him, this perfect free spirit, singing and dancing while skiing down the scenic mountain. These are memories I will treasure forever because I realize, he won’t want to ski with his mom forever.

Bradyn is a way more careful skier. He hates when he’s not in control and doesn’t like to go very fast. He also hates falling. But when my husband started taking Xander to hockey practice on Sundays, Bradyn and I started doing day trips without them. Our one-on-one time helped him gain some confidence. He’s always been afraid to fail, but once he felt like he was getting the hang of it, he started to have more fun on the mountain. 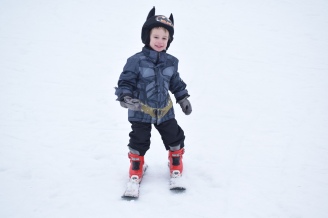 On a random Tuesday in March, Xander had a day off of school. So I decided to be brave and take the boys, by myself, to Thunder Ridge. This was my first time taking both kids alone. Normally, I just take one of them, or I have another adult with me. It was challenging getting them both on the mountain by myself, and taking two kids on the ski lift made me nervous. I was also afraid I was going to lose one of them up on the mountain. But then Xander suggested we play ski school and he would be Bradyn’s instructor. I thought this was a great idea because it kept the two of them together. I was then free to just film them. It was a day I will never forget. I was proud of their special bond, proud of all their hard work, and especially proud I pushed myself to do something out of my comfort zone as a parent.

Before long Xander reached his goal of going down the Mohawk black diamond. The same trail he got stuck on with his cousin at the beginning of the season when they accidentally went up the wrong lift. Now Bradyn has become more adventurous and less scared of falling. I am so proud of both of them. 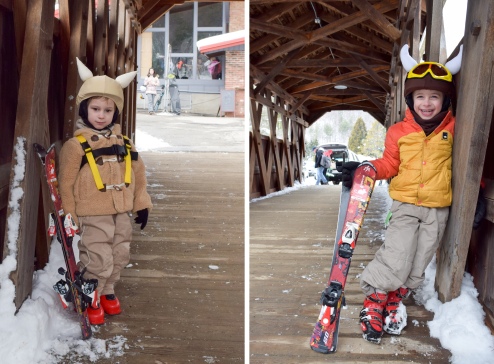 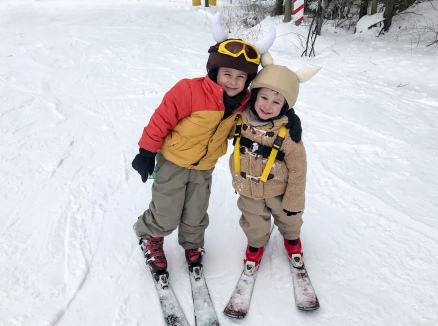 It’s almost time to return our skis and say goodbye to this hobby I have grown to love so much. But I am grateful for the challenges we overcame and all the memories we created this year. I’ll be counting down the days until we are back on the mountain.

Bonus video of Xander skiing for the first time: